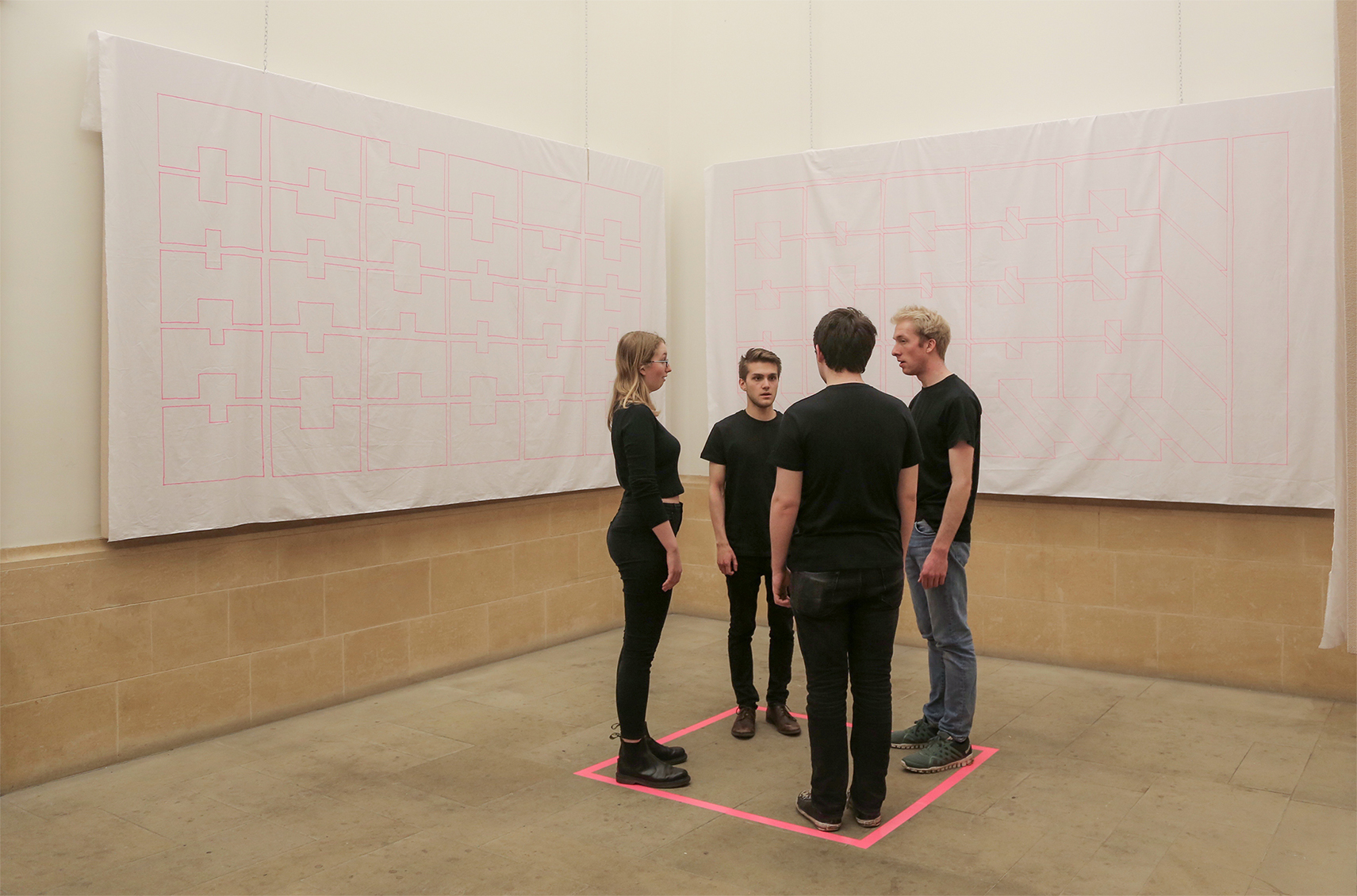 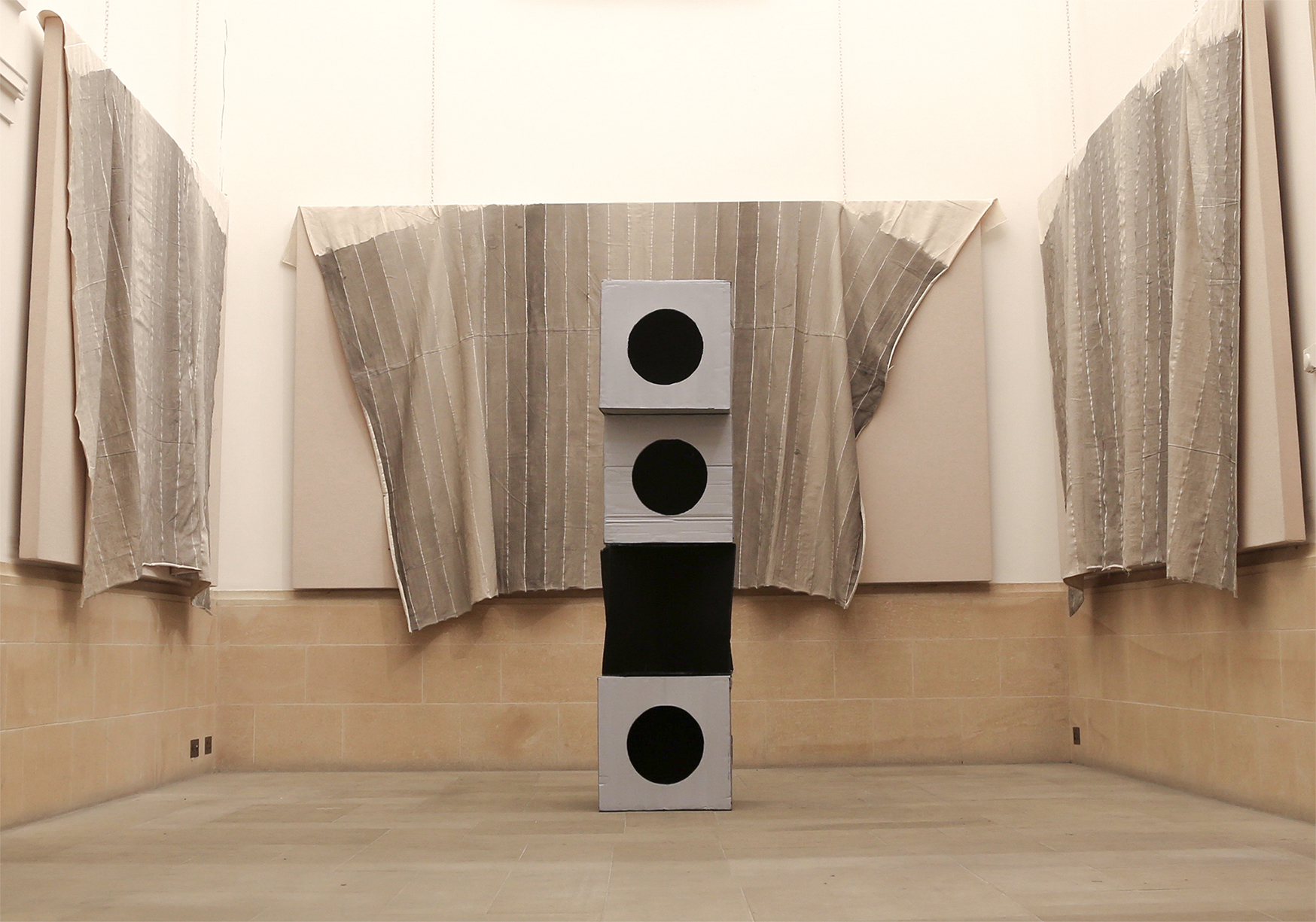 On one side of the architecturally symmetrical space, four performers entered a taped square at regular ten-minute intervals and repeated a vocal exercise five times, resolving a randomly pitched dissonant chord into a major one by listening and adjusting to each other. Visitors navigated between this zone and the other via a central passage leading into the auditorium. The impetus largely owed to Beatriz Colomina’s essay 'Split Wall: Domestic Voyeurism', which explores intimacy and control in the ‘theatre of the family’ as organised and directed by Adolf Loos’ interiors.